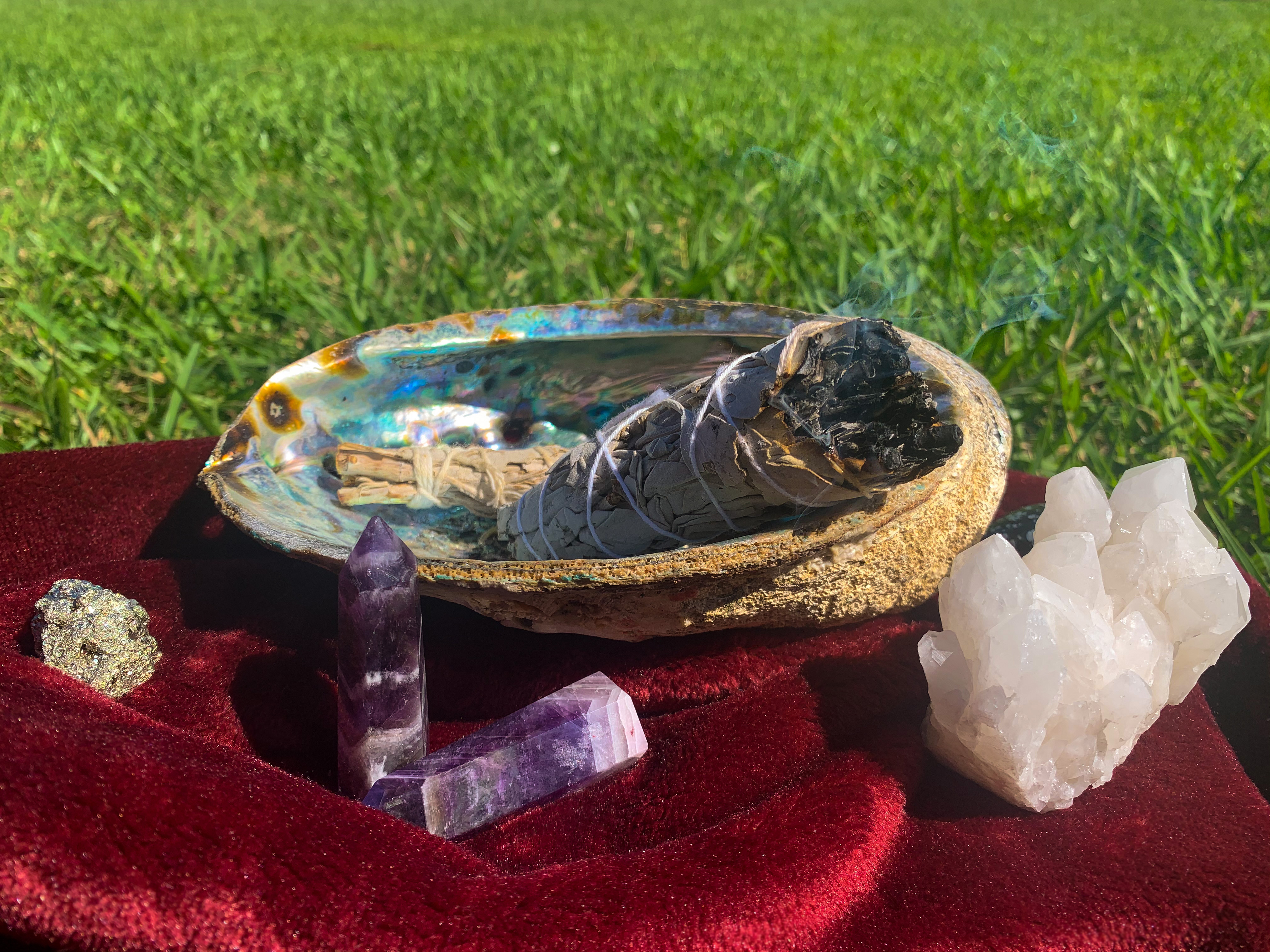 White sage (AKA ‘Salvia Apiana’) is an evergreen perennial shrub that is native to southwestern U.S. and northwestern Mexico. It is sacred to Native Americans as it has been used during rituals, ceremonies, spiritual healing and medicine for centuries. Ancient healers were in tune with nature and had the ability to communicate with plants through the spirit world and white sage spoke to them the loudest. White sage also has healing abilities as it contains anti-oxidants and anti-inflammatory properties that promote health and prevent infections.

What is smudging, and how does it work?

As this is a ritual practice, there are certain instances when you should smudge; when someone in your household is ill or depressed, after you have an argument with someone in your space, to help you release any outside energy you may be holding onto, to cleanse or purify a new home, or to cleanse tarot cards, crystals, and other spiritual tools. These are all good examples of when you should practice smudging.

Set an intention before you start, whether it be asking for blessings or to simply ward off negativity. You may want to chant a mantra or prayer that you are connected to, or just hold onto your intention in your mind if that makes you more comfortable. Then light your smudge stick on one end, letting the flame blow out so you can waft the smoke in the desired direction.

When cleansing a space close all doors and windows, and waft the smoke from floor to ceiling in a clockwise direction. It is important to travel clockwise as this is called circumambulation and it has been practiced this way for centuries to make the space more sacred. When you are done, open the doors and windows to release the smoke attached with the negative energies.

When cleansing a person start at their feet and work up to their head as you have them rotate clockwise. Release the smoke in the space you’re working in when you are done.

It is important to appreciate white sage’s native roots and culture because up until 1978, the government denied Native Americans the right to utilize sacred objects and practice rituals (including smudging) by making it illegal. Please keep in mind that this is a sacred practice that is very important to Native Americans. Do not take white sage and Native culture for granted, we have a lot to thank them for. Please be respectful of their beliefs, even if this is something you don't believe in.